Our quest to reduce our collective carbon footprint and eschew gasoline has inevitably led us to seek answers from grains and crops. Plant-based ethanol is renewable, cost-effective, and earth-friendly, but is it better for the environment? What is ethanol carbon footprint, and why is there are a growing number of ethanol critics?

When it was first discovered as a low-cost alternative fuel in the 1970s, ethanol seemed like the ultimate solution to humanity’s obsession with petroleum. Truth be told, there’s much to praise about this plant-based energy source. Ethanol-fueled vehicles generate less carbon dioxide emissions.

As it’s mostly a product of processed corn, it slows down the demand to drill in environmentally sensitive places, including the Arctic Ocean, the north slope of Alaska, and the Gulf of Mexico. But several critics believe that we’re looking at the corn-derived fuel through rose-colored glasses.

Numerous environmentalists and ethanol advocacy groups say it’s worse than oil and is threatening the nation’s food supplies. Who are we to believe? 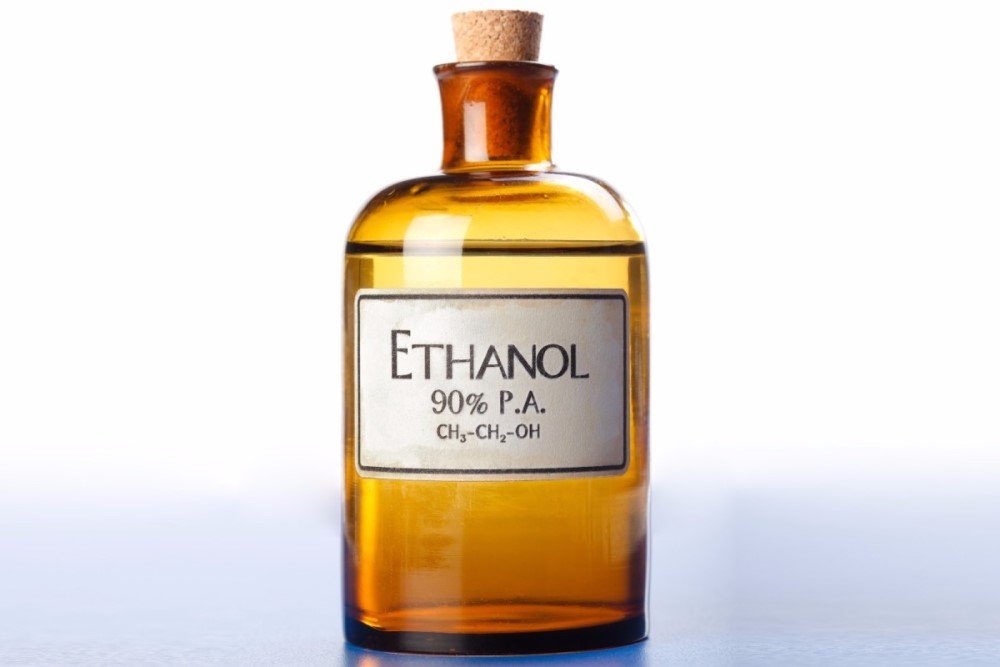 To understand ethanol carbon footprint, you need to know how its made. Ethanol is a type of alcohol-based fuel derived from plant materials, including corn and sugar. The type of material used in making ethanol is called feedstock, and this varies between production facilities.

To create ethanol, corn or wheat is broken down in ethanol production plants called biorefineries. In these processing facilities, grain biomass is converted into biofuel using living microorganisms and enzymes.

See Related: How to Invest in Electric Car Charging Stations

How is ethanol used today?

Ethanol has a wide variety of uses, including as a solvent for perfumes and varnishes, in the preparation of flavorings and essences, as a preservative for biological specimens, as a disinfectant, and of course, as a fuel and gasoline additive.

In the United States, most of the gasoline available contains a certain percentage of fuel ethanol. This percentage varies between regions, but in general, motor gasoline typically contains no more than 10% ethanol.

Vehicles labeled with a Flex-Fuel badge are capable of running safely on E85, a blend of fuel with 85% ethanol and 15% gasoline. 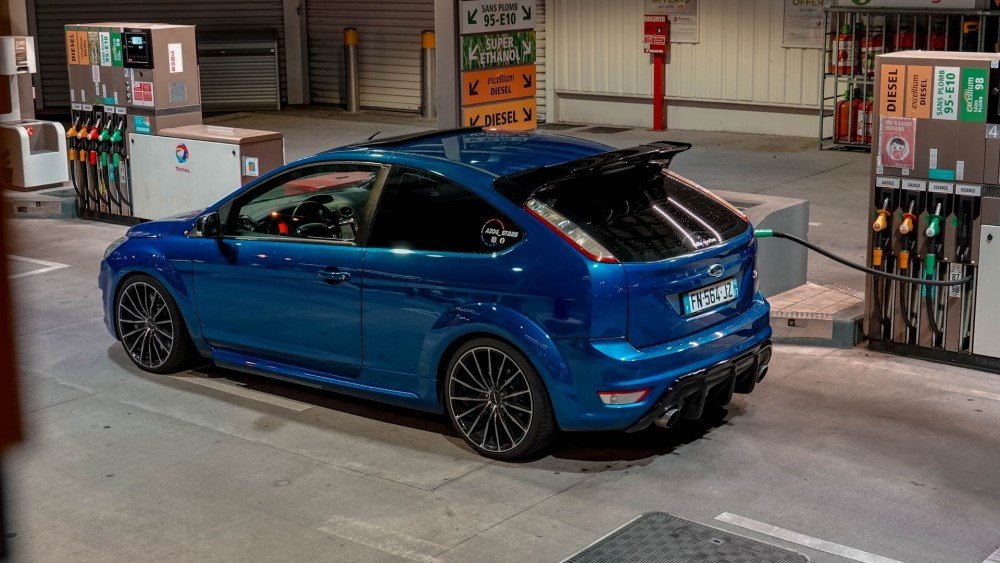 When people ask, what is ethanol-free gas? They’re basically just talking about regular unleaded gasoline. This is the type a vast majority of American drivers use. Ethanol-free gas is pure gasoline that is not blended with corn-based ethanol.

If you’re wondering, ‘Is ethanol-free gas better?’ Ethanol-free gas is said to be preferable for older engines, as well as lawnmowers, boats, and other tools. While ethanol-free gas has a better fuel economy, it produces more harmful emissions and harm to the environment, experts say.

Diesel fuel is obtained from fractions of crude oil which are specifically made for diesel engines. Diesel packs more energy than gas fuel, which some experts say makes it more economical overall.

Another question commonly asked is, “Does diesel have ethanol?” Diesel does not have ethanol, as it is similar to regular gasoline. Diesel vehicles produce more emissions than any vehicle, but they are also more efficient.

Fuel labeled E15, E20, and E30 are all ethanol blends. The numerical value assigned to their label is the percentage of ethanol they contain. As long as your car was built in 2002 or newer, these blends are safe to use on your car.

E85 fuel is composed of 15% real gasoline and 85% ethanol. Since it’s made from a renewable resource, it’s cheaper to pump with the drawback of reduced fuel economy compared to gasoline.

See Related: Map of Coal Power Plants in the US [Interactive]

Why is ethanol added to gasoline? 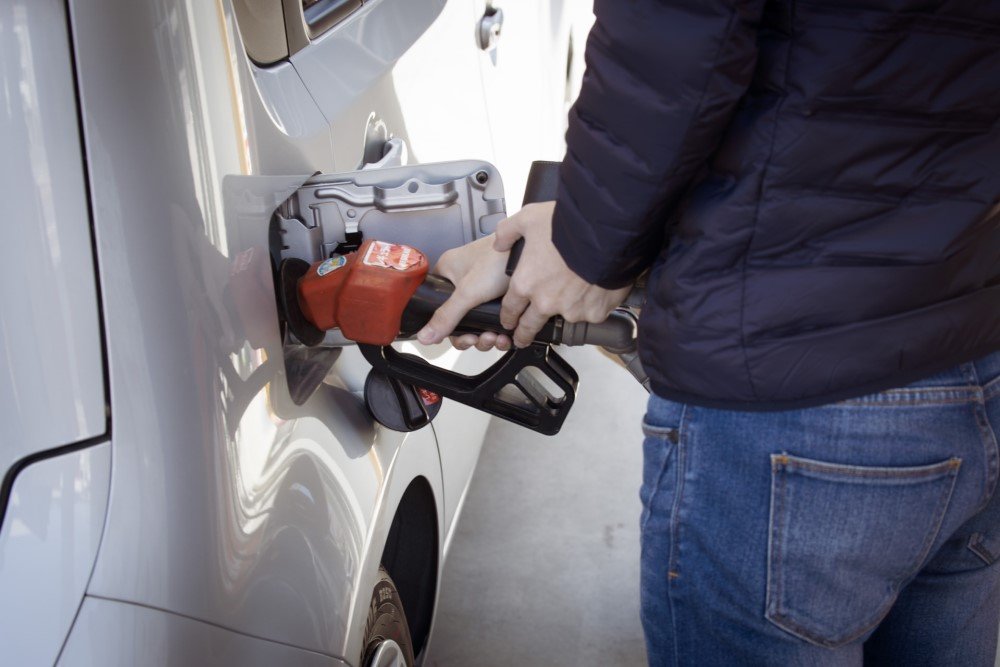 Today, the most common use for ethanol is fuel. Even the regular type of gas that you get from your local fuel pump is highly likely to have some percentage of ethanol. Why is this?

Due to the amendments made to the Clean Air Act in the early 1990s, the use of oxygenated gasoline became a requirement to assist the efficient burning of fuel in combustion. The oxygenate used then was methyl tert-butyl ether (MTBE) because of its affordable price and its capacity to generate higher octane ratings.

This ended in 1995 when California found high concentrations of MTBE in its drinking water, which was traced back to leaky underground containers and spilled gasoline. This spurred experts to find another replacement – ethanol. Widely considered to be a safer replacement for MTBE and backed up by the agricultural industry, ethanol was established to be the oxygenate of choice.

Today’s cars are now entirely capable of running on E10. In fact, even older cars are unlikely to get damaged by ethanol at such low concentrations.

The statistics show rising ethanol use: around one out of every 40 trucks and cars in the United States now run on a commercial mix of ethanol and gasoline. A rising number of politicians and ethanol enthusiasts are aiming to see that number rise with the help of the federal government. Why shouldn’t they, when ethanol carbon footprint is researched to be lower?

As mentioned, some experts don’t think so. Here’s what you need to know about ethanol’s pros and cons.

What are the advantages of using ethanol as fuel?

1. It may be better for the environment

Is ethanol carbon neutral? Some research states that ethanol is a lot better for the environment when compared to traditional gasoline. The combustion of ethanol created from biomass is widely considered to be carbon neutral – the biomass that is grown to produce ethanol absorbs carbon dioxide, which offsets the carbon dioxide produced when burning ethanol.

But how does ethanol reduce greenhouse gas emissions? Ethanol carbon footprint is researched to be lower than gasoline. Fuel with higher ethanol contents, such as E85, has far fewer volatile components compared to gasoline. This means fewer gas emissions from evaporation. Even in low concentrations, such as in E10 fuel, ethanol reduces carbon monoxide emissions while improving fuel octane.

2. Ethanol is more cost-effective than other biofuels

Ethanol is the least expensive energy source as it can be produced in virtually any country which reduces our dependence on foreign countries. Sugar cane, grain, and corn can grow almost anywhere, which makes ethanol more economical compared to fossil fuels, especially for developing countries that cannot explore petroleum.

Since grain, corn, and sugar cane are easily accessible, it makes sense that growing economies utilize ethanol to dial back on their use of fossil fuel if they intend to save revenue.

Ethanol made from corn produces two main byproducts: carbon dioxide and distiller’s grains. CO2 is the byproduct created by yeast fermentation and is often released into the atmosphere. It can also be captured and utilized for several purposes including producing dry ice, making carbonated beverages, and supporting photosynthesis in greenhouses.

Distiller’s grains, on the other hand, are the remaining residue from fermentation tanks. These ‘grains’ are composed of yeast and the non-fermentable components of cork kernels.  These byproducts are essential as a high-protein ingredient in livestock feed.

Pipelines, distribution networks, and refineries that carry traditional gasoline can be quickly modified to carry ethanol. This is the same for fuel station resources, which could be easily transitioned to distribute ethanol with only a few changes.

5. It is an energy-balanced type of fuel

Cellulosic ethanol is a new form of ethanol with even better energy outputs – around 36 units of energy are produced for every 1 unit of energy spent on it, depending on the production method that was used.

What are the disadvantages of using ethanol as fuel?

1. Ethanol is worse than gasoline in terms of effectiveness

While ethanol carbon footprint is lower, it still pales in comparison to traditional gasoline in terms of effectiveness. You need 1.4 gallons of ethanol if you’re looking to replicate the mileage that you can get from 1 gallon of gasoline.

Flex-fuel vehicles, which run on 85% ethanol, have discovered that their gas mileage rates are 25% lower, with several models even seeing a 30% reduction with city miles.

The pipelines used to carry ethanol throughout the country are retrofitted because ethanol is a highly corrosive fuel. It can absorb water, and is challenging to ship over long distances without protective technologies applied by distribution networks.

One of the most common points of contention over ethanol use is its need for land, which takes away from food production. According to some experts, there is an insurmountable challenge in growing enough crops to meet the demand for ethanol and biodiesel production.

To generate enough biofuels for widespread adoption, we would have to convert most of the world’s open spaces and forests into farmland. This is a sacrifice that only a few would be willing to make.

Ethanol carbon footprint is shown to be lower than gasoline, but burning the biofuel may actually increase the emissions of several types of pollutants. In any type of combustion, some of the fuel would come out of the tailpipe unburned.

While this is not a major problem for ethanol as its emissions are relatively non-toxic, some of the ethanol won’t be completely oxidized. This generates emissions known as acetaldehyde which contributes to the formation of ozone.

See Related: Investing in Carbon Credits: Do They Leave an Impact?

The complexity of ethanol carbon footprint

Ethanol carbon footprint has been the subject of debate for many years. Daniel Kammen published a paper in 2006 which showed how corn ethanol was a lot better than fossil fuels. In 2008, however, several papers suggested that if ethanol was to be analyzed, it had to consider the indirect land-use change. If Iowan farmers need to convert more land into fields just to grow ethanol, and it would counteract the benefit of the biofuel.

In 2010, Daniel Kanmen conducted another study on ethanol, but this time taking into account the effect of land-use change. This study showed that ethanol’s carbon footprint is equal to that of gasoline’s or even larger.

Today, the issue is still a matter of debate, with claims and counterclaims volleyed back and forth.

Kanmen claims that the uncertainty about ethanol carbon footprint may be because of differences in how they model land-use change and emissions.

Ethanol is here to stay

No matter the ethanol carbon footprint, or if you’re pro-ethanol or anti-ethanol, the biofuel is here to stay. Even if the Renewable Fuel Standard – the policy that mandates that we must mix at least 10% ethanol into our gas – gets repealed, this percentage wouldn’t drop. This is mainly because refiners are already too dependent on ethanol to raise the octane of gasoline.

History has already proven that we can’t use lead to boost octane as it is poisonous, and neither can we use methyl-tertiary butyl ether (MBTE) because of the risk of contaminating groundwater.

Building more complex refineries to process oil with higher octane would be impractical and expensive – a solution that is not likely to happen anytime soon. Bottom line is, ethanol isn’t going anywhere.

I want to hear your sustainability story. I cover companies making a difference. Contact Me