The world is changing and do does the investment options. If you are looking for green investments, vertical farming can be a good option. In this article, we have listed ways that can help you in in investing in vertical farming.

Did you know that the planet has lost a third of fertile land in the last 40 years due to industrialization? With the world population growing consistently every year, the food security threat has become very real.

Investing in vertical farming could potentially change that. It’s a new agricultural technology that has grabbed the attention of some big corporations and investors around the world.

As part of the impact investing ecosphere, investing in vertical farming is not only profitable but also ensures food security for future generations.

But first, let’s take a minute to understand what really is vertical farming.

What is Vertical Farming?

Vertical farming is the process of producing crops on vertically stacked surfaces in controlled environments. 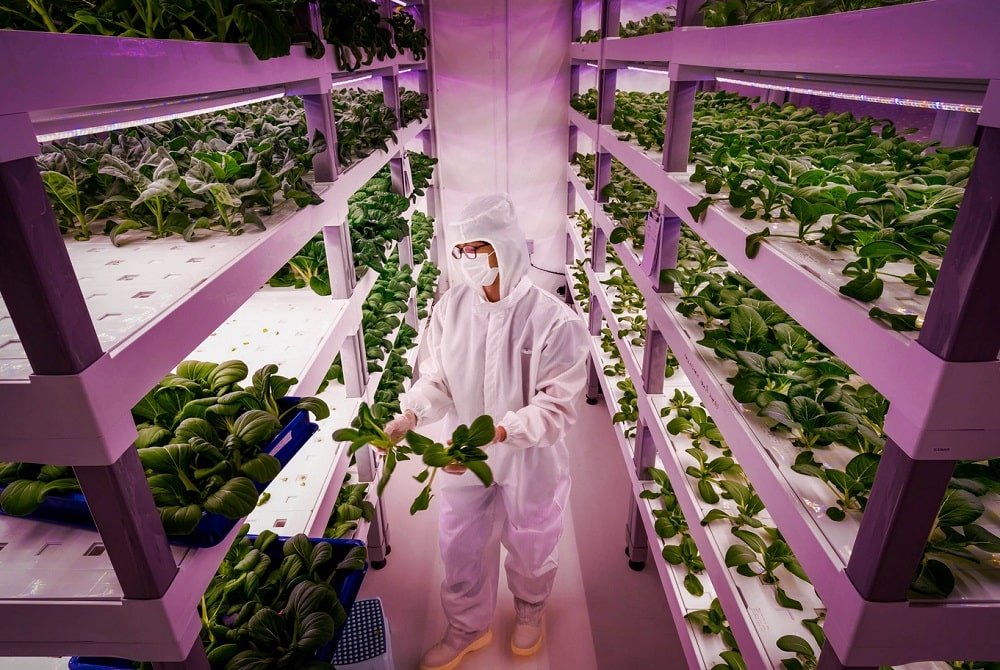 As opposed to traditional farming that relies on the availability of land with the right resources, vertical farming can be done anywhere. It maximizes the use of space by growing more food on the same surface area.

These growing areas don’t necessarily need to be in the arable countryside. In fact, much of the vertical farming is happening in urban areas. It relies on CEA or Controlled Environment Agriculture technologies for indoor growing.

You can compare it with traditional greenhouses, but vertical farming goes a step ahead in utilizing space and resources more efficiently.

While it has many advantages, the initial costs of setting up such a structure can be quite high.

Many vertical farming companies doing it on a large scale require seed money to set the so-called vertical farm. However, the long-term output and revenue have the potential to more than make up for this initial investment.

Vertical farming also heavily relies on technology for creating optimal conditions for crops to grow. With constant monitoring through sensors and the use of Artificial Intelligence (AI), vertical farmers can ensure issues are resolved promptly.

Why Invest in Vertical Farming?

While vertical farming isn’t exactly a new concept, it has only recently become popular. It’s often associated with indoor farming or urban farming.

As part of the global drive for sustainability and the ever-looming threat of food insecurity, many vertical farming companies have popped up. Startups typically require investment, and as a promising technology with a social impact, it has garnered interest from investors from all corners. 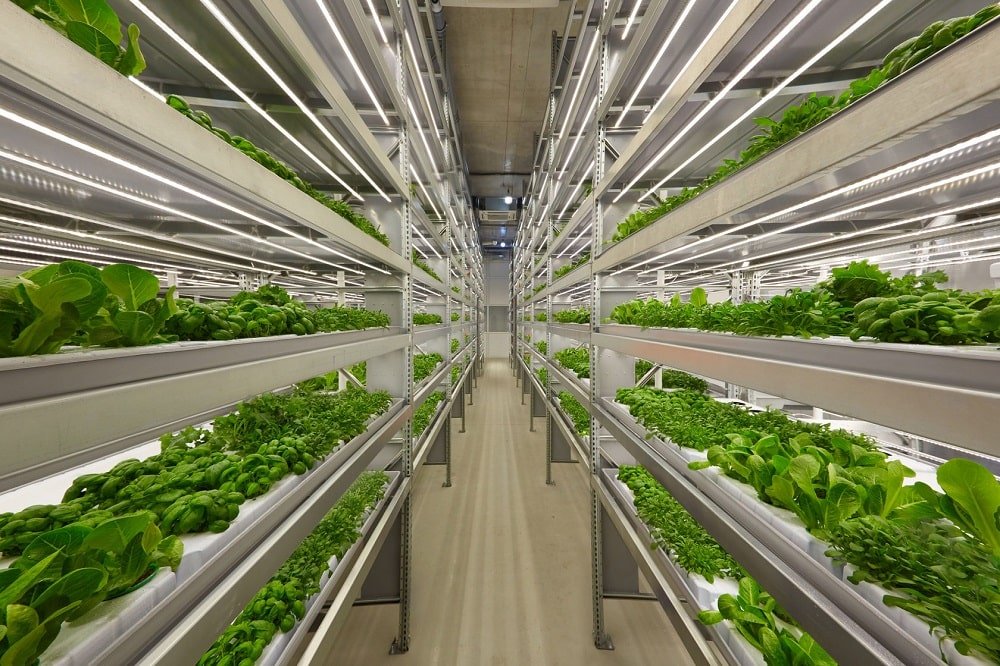 Investing in vertical farming simply makes sense. If you look at the data regarding world population, the numbers are astonishing.

According to the United Nations, the World population would grow to a whopping 9.7 billion by the year 2050.

Those 9.7 billion people will need to eat, and if our food production methods are not improved, mass hunger is a real possibility.

It’s clear that with rapid urbanization and a decline in traditional farming, there’s an imminent need for innovative food production methods. Vertical farming seems to have the potential to help meet the food requirements of the future.

Since it’s still in the preliminary phases, there are problems with vertical farming. The main one, of course, is the high costs of setting up such a farm.

Dealing with such problems and making this idea more cost-effective in the long run would require a lot of initial investment. This is why there are many opportunities for investors in this area.

Many big companies like Bayer and SoftBank have invested heavily in vertical farming, which is an indicator that it has promise.

For impact investors, the biggest motivator is the social implications of such ventures. Not only is vertical farming sustainable, but it also helps deal with a major social issue.

Moreover, the growth rate of the vertical farming industry is predicted to be above 24 percent in the next five years.

How to Invest in Vertical Farming?

Investing in vertical farming isn’t that flexible yet, as it’s still a nascent industry. Most startups that are grabbing headlines and raising millions in seed capital are doing so through venture capital money.

There are still ways you can invest in vertical farming directly or indirectly.

Well, one way you could invest money in vertical farming is by doing it yourself. With the right equipment and some space, you can start your own vertical farm.

If you do it yourself, it’s not merely an investment but more of a business. However, given that so many vertical farms have started this way, who is to say it doesn’t have the potential to become big.

Perhaps, you could be the next big agri-tech company raising millions in investment.

Starting a vertical farm does require initial capital and plenty of it if you’re doing it on a big scale. However, there are examples of people who started at square one.

Infarm started in a small Berlin apartment. The three founders of the startup began their vertical farm in their small apartment growing spinach, herbs, and lettuce.

They went on to raise $170 million and their produce will now grow in the very aisles of the supermarkets in Europe and North America.

You’ll obviously need a dedicated space in your home or elsewhere, and of course, a lot of equipment.

If you’re just willing to put your money in without doing the hard work, there are other ways as well.

If you’re a high net worth or an institutional investor, you could invest in equity in new vertical farming companies. There are new ventures popping up all the time with innovative ideas, so there can be many exciting opportunities for you to invest in.

With big companies placing their bets on this new technology, we’re only going to see more startups. And it’s not just limited to the US, as this concept is also gaining ground in other regions, especially Europe.

You can be on the lookout for fundraising rounds for such new ventures. That way you can directly invest in vertical farming and diversify your impact investing portfolio.

Speaking of impact investments, you can also invest through impact investing firms that solely focus on social and economic interests when investing.

There’s always a risk, as there is with any kind of investment. So you should make sure you analyze the company, its technology, and its business model thoroughly, before putting your money in.

The most straightforward way to invest in vertical farming is to buy stocks of the big companies involved in this future of farming.

As of yet, there aren’t that many vertical farming companies listed on the stock exchange. However, it wouldn’t be long until retail investors also get a slice of the pie.

One company has recently had its IPO and is now listed on NASDAQ. With major institutional investors backing others, they are also likely to be listed soon.

Here are some of the biggest companies in vertical farming you could invest in:

AeroFarms championed its patented ‘aeroponic’ technology, which takes vertical farming to the next level. It aims to achieve the goal of this concept by ensuring maximum productivity with minimal environmental impact.

It launched back in 2004, which was still a time when vertical farming wasn’t on investors’ minds. However, to date, they have raised $138 million. Obviously, there are some big names among the investors.

Vertical farming in and of itself is very innovative but with aeroponics, it gets even more futuristic. The aeroponics system uses air and mist instead of soil or even water like in hydroponic systems.

This is why this production method promises a reduction in water usage by a whopping 95 percent.

Plenty has gotten a lot of attention lately, especially when it raised $226 million, the highest for any vertical farming company so far.

It also claims to reduce water consumption by 95 percent, although it’s unclear how.

The company is backed by Bezos Expeditions, Softbank, and Innovation Endeavours. There has been talk about the company’s IPO, so its stocks could be up for grabs soon.

AppHarvest has already debuted on NASDAQ when it went public as a special acquisition company. Based in Kentucky, the company has currently three farms in the Appalachian region, producing crops like tomatoes year-round. 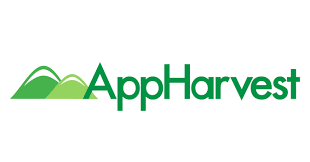 They claim to reduce water usage by 90 percent and yield 30 times more food per acre than traditional farms do.

Analysts are watching it closely as it’s the real-world example of how retail investors will act with vertical farming stocks. So there’s much to be seen as of yet.

They have recently started sending tomatoes to local supermarkets as well, showing the real application of their idea.

Bowery Farming makes a point of non-GMO and pesticide-free food. It’s not merely an innovative agritech company but one that’s going a mile ahead by ensuring the use of natural non-modified seeds.

The company has raised over $140 million since its foundation in 2015. You can see their products on the shelves of supermarkets like Foragers and Whole Foods already. So you can expect it to go even bigger in the future.

It’s also targeting the digital market by ensuring fresh produce is delivered to people’s doorstep. That could be a turning point given how the circumstances have changed so much because of the Covid-19 pandemic.

Their quick ‘harvest to shelf’ model is very beneficial for urban areas, which can enjoy fresh, organic produce within days.

Iron Ox is another promising vertical farming venture focusing more on technology. Out of all the major startups, Iron Ox is the most reliant on robotics. 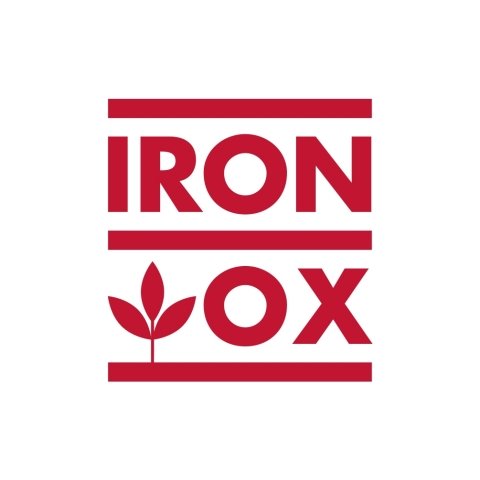 The company has fully automated the farming process, employing AI to monitor the crops and optimize conditions. Its business model is retail-focused and has recently started supplying its products to local markets.

As of now, the company has raised $50 million, which is indicative that investors are liking the technology as well as the business model.

Right now, their focus is on leafy greens like kale and lettuce, but when they perfect their craft, the variety will likely increase.

According to CrunchBase, the company has already crossed $212 million.

Like many other vertical farming startups, this company is also using hydroponics. They are using mineral nutrient solutions instead of soil to control the nutrient intake of the plants.

Hydroponics have helped become urban farming what it is today, so there’s no surprise that major companies are also relying on it.

BrightFarms has investments from the likes of Walmart, Metro Market, and Giant.

Another way you could invest in vertical farming is by buying stocks from companies related to it.

Equipment suppliers have the potential to go big in the future. The companies that are making the technology being used by these new ventures already have stocks on the market.

Identifying such companies can be tricky, but it’s definitely worth checking out. As vertical farms grow and become successful, as experts are predicting, so will these companies related to this industry.

You should look into the companies getting the most funding and check out their websites to find out other companies doing business with them. Are they using their own proprietary equipment or getting it from someone else?

If you do a lot of ESG investing, it wouldn’t hurt to add these stocks to your ESG stocks. While they are not directly linked with impact investing, their link with vertical farming makes them part of the system.

Again, anyone linked with a vertical farm company is also part of the social impact its creating.

I want to hear your sustainability story. I cover companies making a difference. Contact Me